The success streak of India’s No.1 hair, makeup and prosthetic studio Da Makeup Lab (DML) has been no less than amazing. The outfit, run by the National Award-winning character designer Preetisheel Singh D’souza along with her partner-husband Mark D’souza, is a state-of-the-art studio situated in the upmarket Mumbai suburbs of Versova.

DML has provided its services for some of the biggest box-office blockbusters including movies such as Bajirao Mastani, Padmaavat, Chhichhore, Housefull 4, Bigil, Master, Gangubai Kathiawadi and Pushpa: The Rise. 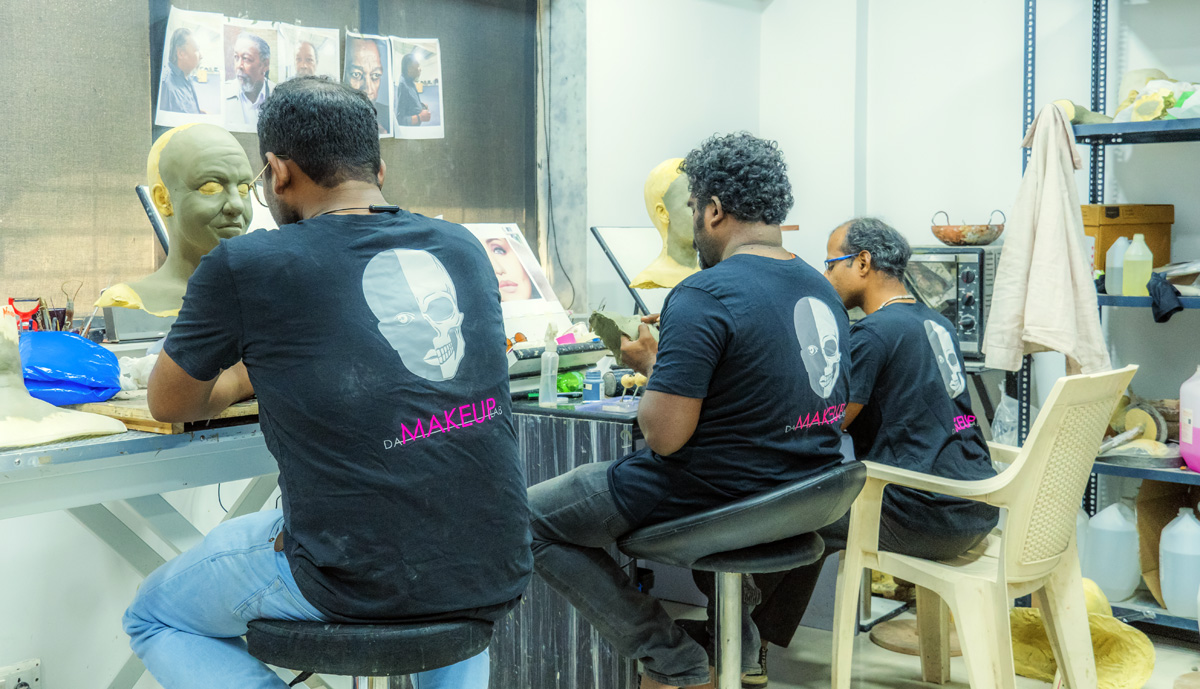 But that doesn’t stop Team DML from constantly experimenting and upping the bar. Moving like an unstoppable juggernaut, the studio keeps creating and innovating at a pace like no other.

Check out the studio’s Instagram page and you will realize the quantity of unique projects they are working on. Here are a few from their monthly activities.

One of the most interesting things DML has done in recent times is the wounded warrior look of Shah Rukh Khan in the upcoming film Jawan. SRK’s unique character with his bandaged and bruised look in the teaser has definitely got fans excited and curious.

In fact, DML has designed all the characters for Jawan directed by the famous Atlee. This is also the first time the studio is working with Shah Rukh Khan.

Talking about variety of character designs, yet another interesting flick to watch out for, is Cobra. In this Tamil action-thriller, Southern superstar Chiyaan Vikram will be seen in many astonishing avatars designed by DML.

Even the new poster of Cobra is no less stunning. Sporting a retro avatar here, Vikram is seen adorning a funky printed shirt with suspender pants, stylish glasses and hair tied backwards, adding just the right amount of retro vibe to his overall ensemble.

DML recently created a stubbled look for Ranveer Singh for a quirky character of a salesman he plays in advertisements for the fish and meat delivery marketplace FreshToHome. Check one of the ads here:

But that’s not all. As a regular practice, DML keeps working on different experimental projects as a warming-up for the lab’s in-house team. And some of these projects are really interesting and intriguing. Like the creation of this cute silicone baby prop. It’s really fascinating to see how a mould is filled up, followed by the process of unveiling the prop.

A similar video about how a body double prop is created for movies. Just imagine the scenes in movies where such props come of immense use.

And last but not the least, is this scary prosthetic character of a tantric-turned-rakshasa created for Qayamat Ki Raat on Star Plus. As the Insta video caption goes, there is “terror in his eyes and evil in his bones!” You gotta see it to believe it.