Watch – Galadriel, Gil-Galad, Elrond and Celebrimbor forge a fateful plan together in Season Finale of The Lord of the Rings: The Rings of Power 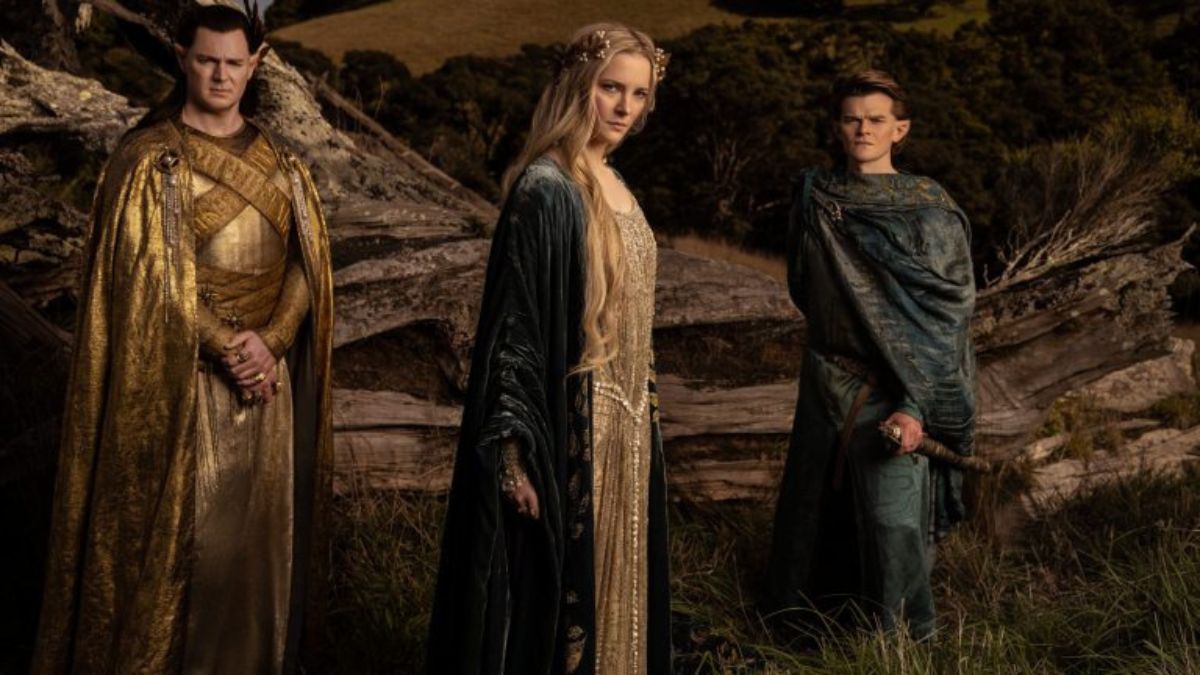 The day is finally here! The highly-anticipated season finale of the Amazon Original series, The Lord of the Rings: The Rings of Power is now streaming exclusively on Prime Video. While fantasy enthusiasts are thrilled to unravel the mystical mysteries of Middle-earth Second Age, a sneak peek has been released from the Season Finale where warrior queen Galadriel (Morfydd Clark), the half-elf diplomat Elrond (Robert Aramayo), High-King Gil-Gilad (Benjamin Walker) and the elven smith Celebrimbor (Charles Edwards) have come together to forge a fateful plan that will change the history of Middle-earth.

The four elves who have been on separate paths throughout the season have joined hands to save the Elves. They need the mystical metal mithril to stop the spiritual plague that can threaten the existence of their likes. While they’ve received a part of the luminous ore from the dwarves of Khazad-dûm, Celebrimbor must make its best use. For this, they discuss creating an object that will change their world forever.

While Celebrimbor suggests creating a single powerful item, Gil-Galad is skeptical to grant so much power to an individual’s hand. Galadriel and Elrond share their piece of mind, but only time will tell where their discussion leads. Well, the mystery has unfolded on Prime Video today, October 14, don’t miss out to watch the evil master finally coming out of the shadows.

All episodes of the fantasy series, The Lord of the Rings: The Rings of Power are now streaming on Prime Video in English, Hindi, Tamil, Telugu, Kannada, and other international languages.